BMW has again captured the market’s attention with their all-new 2021 BMW M4 coupe, engineered for performance and designed to turn heads.

Under the attractive Sao Paulo Yellow exterior of the M4 is BMW’s new 3.0 litre twin-turbocharged inline-six engine, producing 473 HP at 6,250 rpm and 406 lb-ft of torque between 2,650 and 6,130 rpm. Driving the vehicle is the standard six-speed manual transmission or the increased performance option of an eight-speed automatic transmission that enables a takeoff of 0-100 km/h in 4.2 seconds with power routed to the rear wheels. An electronic limit tops the speed of the M4 at 250 km/h, a feature removed with the M Driver’s Package that allows the M4 to reach 290 km/h.

The M4 Competition model takes the experience up a level with equipable all-wheel-drive and 503 HP production with 479 lb-ft of torque from the same 3.0 litre twin-turbocharged inline-six engine. The standard alloy wheel and carbon fibre shift paddles unique styling further set the Competition apart from the standard model. 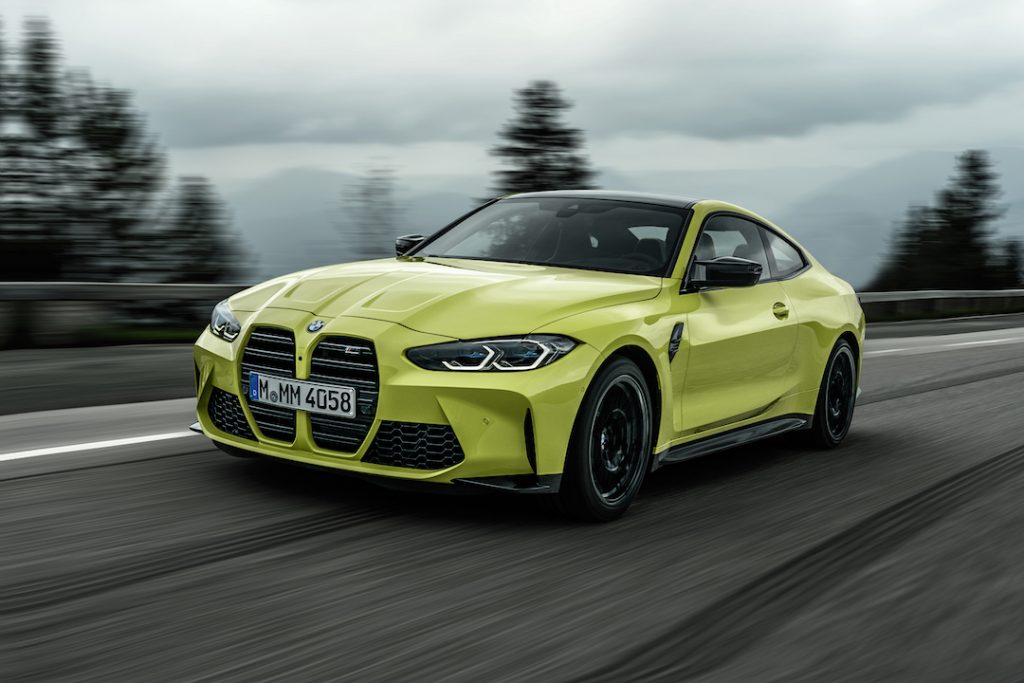 Along with a broader and longer stance, the new M4 received a new M integrated braking system, offering an adjustable setting for brake pedal feel, along with standard electronically controlled shock absorbers. An optional M Traction Control system allows ten different traction control settings, while both standard and Competition models included a new variable-ration power steering rack that self-adjusts the steering weight and feel according to the vehicle’s speed.

The wider stance, a prominent lower rear diffuser and unique styling of the BMW kidney grille transform the new M4 into an aggressive and focused performance compact while keeping the interior true to the M4 legacy. Bolstered bucket seats, carbon fibre trim and a chunky sporty steering wheel complement the performance aesthetic of the M4 with an optional choice of lighter M carbon bucket seats that feature taller side bolsters, enhancing the athletic atmosphere of the cabin. 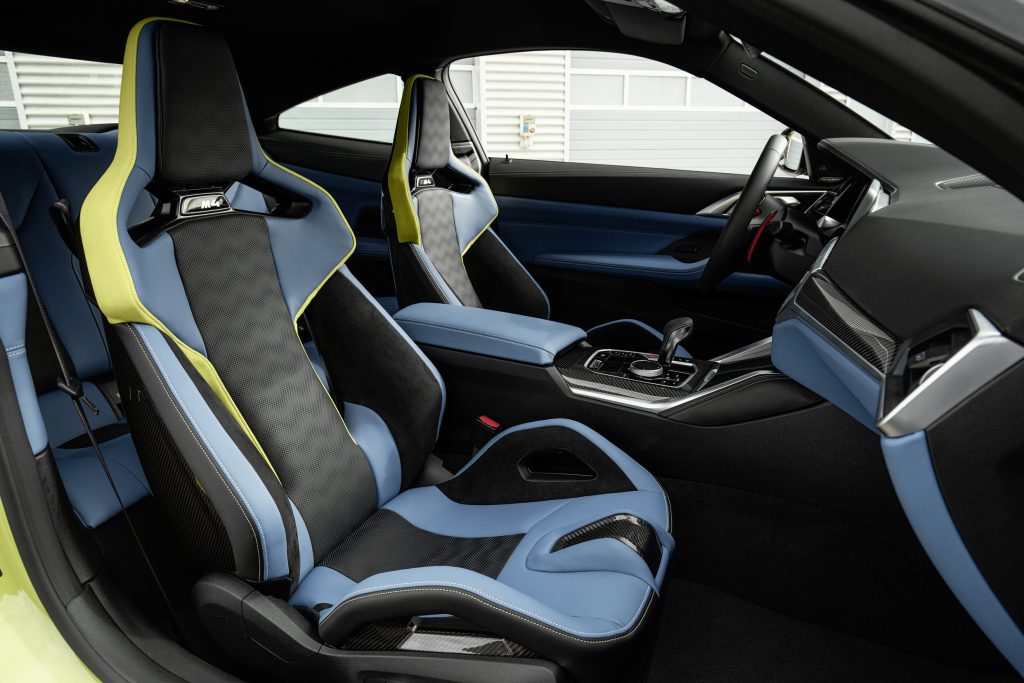 The release of the performance compact is slated for a global launch in March of next year, arriving in Canadian dealerships shortly after.