The BMW European Delivery Experience allows drivers to pick up their new BMWs directly from the Welt in Germany and take them for a European road trip. We caught up with automotive editor and photographer, Lucas Scarfone, to talk about his most recent BMW experience in Germany and beyond.

Who are you and what do you do?

My name is Lucas Scarfone. I own Scarfone Photography and I’m the co-founder of Autostrada Forum. I take pictures of cars and highlight people in our car community and focus on their passion, history and journey of how they became a car guy or gal.

Our wheels for the next few weeks! Big congrats to all the guys on their First Edition M5s. Always special to be back at the Welt. . . . #bmw #m5 #firstedition #xdrive #bmwwelt #germany #europeandelivery #mattered #1of400 #roadtrip #adventure #scarfonephotography #autostradaforum

How many times have you been to the BMW Welt?

This was the fourth time I’ve been. The first trip was four years ago.

Do you ever consider that you might be the luckiest man alive?

Absolutely. If someone told me when I was starting out taking pictures as a little kid, that it’d bring me to some of the most beautiful places in the world, I don’t think I’d have believed them. I feel like one day I’ll wake up and it’ll all be a dream, but until then I’m just enjoying the ride.

It’s kind of like a museum. It’s not the official museum, but it kind of showcases their current lineup and has some interactive displays. It’s actually one of the biggest tourist attractions in Germany.

It’s a gorgeous building—pretty sci-fi looking. There’s this long stairway you walk down that takes you to the floor with all the cars—they call it The Stairway to Heaven. 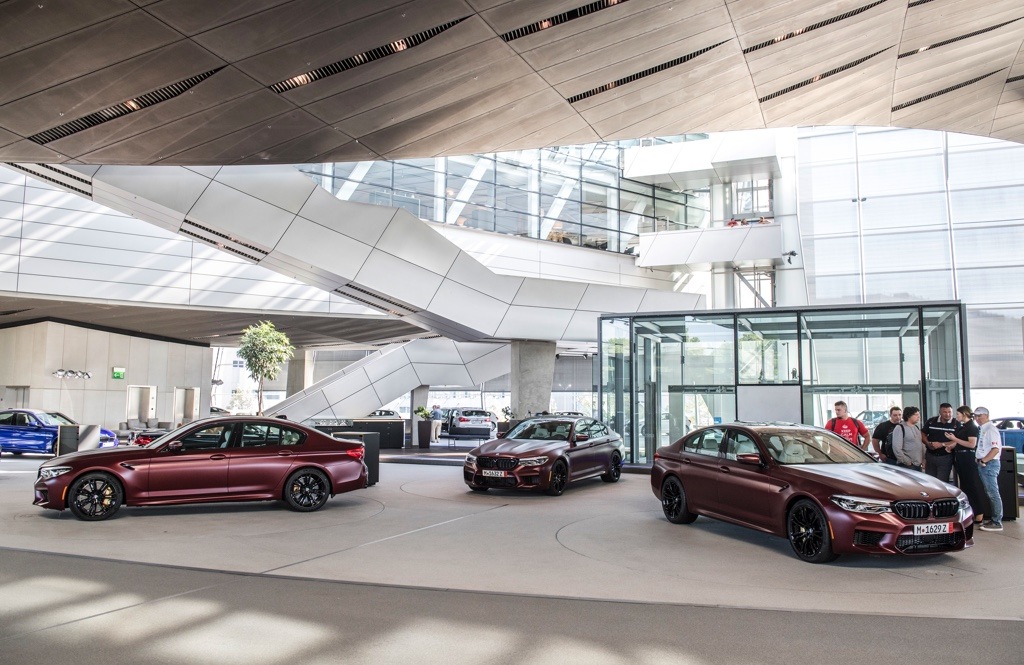 Let’s talk about your latest experience. What cars were you picking up and who were you with?

Three of my good friends bought first-edition BMW M5s. The first edition is matte red on white interior with black wheels and BMW only built 400, all in the exact same specification. These three guys are all passionate about cars, but also about all that goes along with it: the food, the wine, the travel, everything. So, they decided that they wanted to do the BMW experience and tour around Europe a bit too. 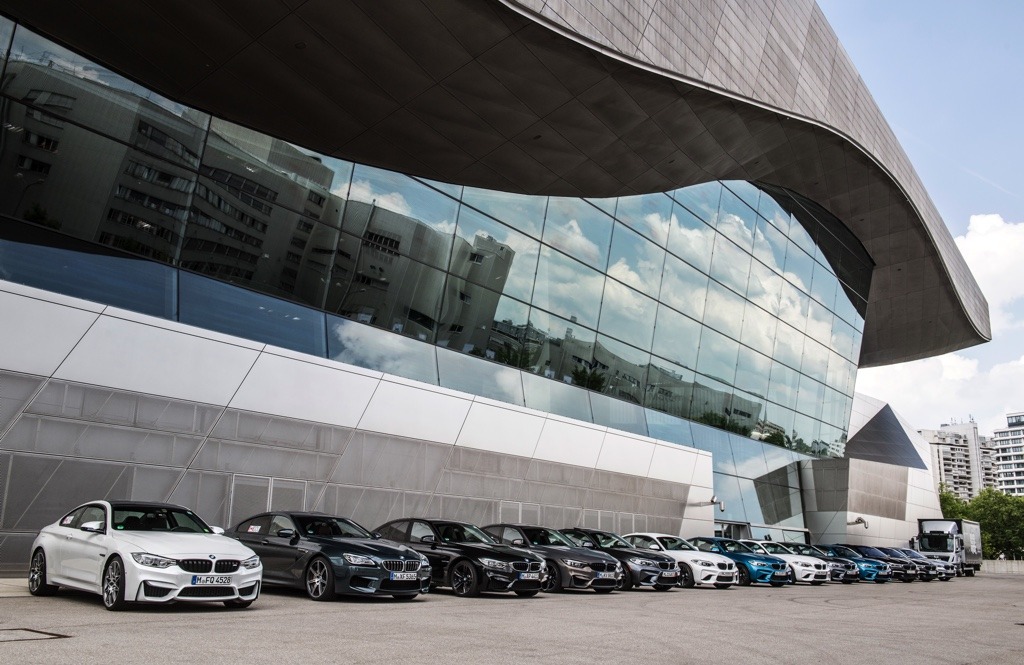 How were the vehicles purchased?

One of the cars was actually purchased through Policaro BMW. Usually you simply organize it through a dealership, but these cars were a bit different because they were so limited. It was kind of a team effort with BMW Canada helping us get the cars and then the dealers assisting with the order process.

How much does the experience cost?

It’s free! BMW gives you two weeks of valid plates and insurance for no cost. You’ve got to buy the car and get yourself there, but that’s it. BMW really wants people to be able to enjoy the cars in their natural habitat, where they were born. I don’t think there are many things better than picking a BMW up that was made across the street and driving it on the European roads it was intended for. You jump on the autobahn with that thing and you’re feeling pretty good already.

The cost of the trip once you leave the Welt, however, comes down to your budget. If you want to see certain places or certain things, you can really curate your own program. You could make it as extravagant or minimal as you want it. We did it a bit more on the luxury end, but you can do it either way. 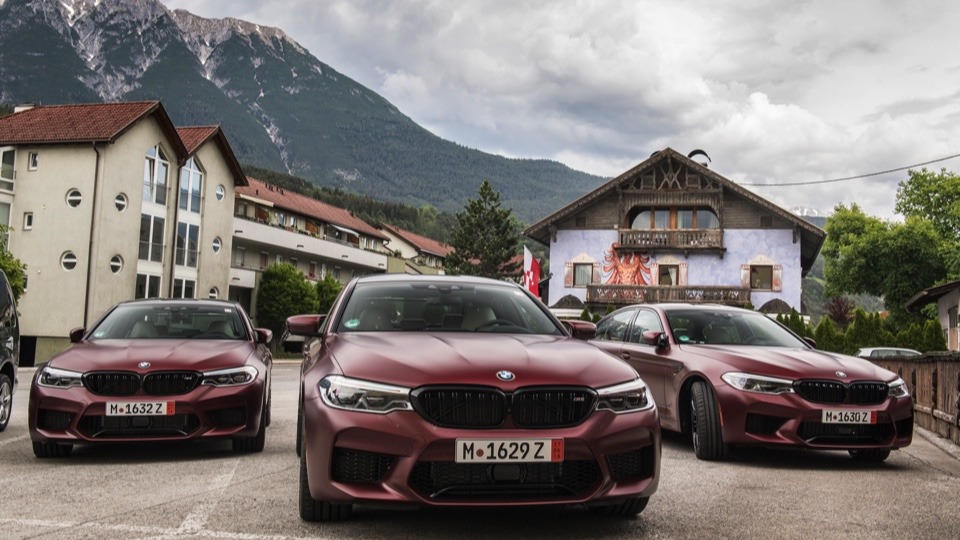 How does the whole experience start?

BMW sends a 7 Series to pick you up at the airport. So you land, get your luggage and walk into the arrivals where there’s a driver with a sign with your name on it.

When you get to the Welt, there’s a desk for vehicle delivery. They have your name and will take your luggage which is pretty cool and deliver it to your car. 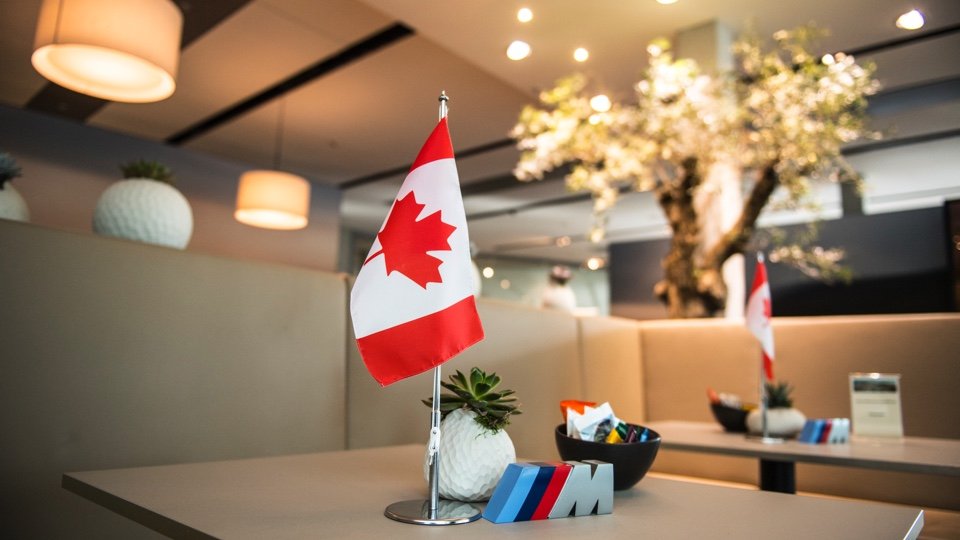 Then they send you up to an owners’ lounge where you can have breakfast. A super German breakfast. There’s a tray of pretzels, those white sausages—they do it properly. There’s also a view and you can peak over the edge and sometimes see your car there. It’s on the very top floor, so there’s a beautiful view of the whole building inside.

How/where do you meet the vehicles?

After breakfast you go down to this room that’s full of these large video screens. There’s an interactive display where they can spin the car around and show you different things. They take you through the car, showing you all the features. It’s pretty cool and you get to know the car well. 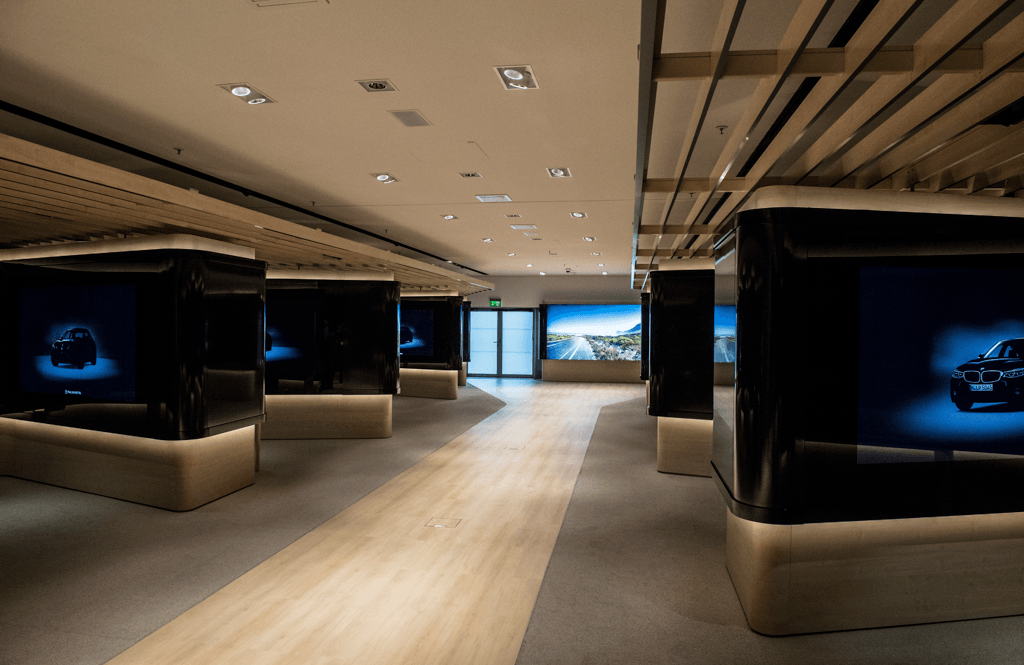 Then you head down to the actual floor where all the cars are on turntables. You get your own delivery specialist who takes you through the car, answers questions, helps set your phone up, shows you all the different features like where the wipers are, how to change the radio and that kind of thing.

Then you get in the car, which already has your luggage loaded in it and drive around a little parade oval where you do a short victory lap before you start your adventure. It’s a great program. The delivery process is pretty special.

Where did you go when you left the Welt this last time?

We went from the Welt to Austria, Austria to Switzerland, Switzerland to Italy, Italy to France, France to Monaco, Monaco all the way to Barcelona, and then from Barcelona we drove back through the French Riviera, along to Italy to Santa Margherita, Portofino, and then we dropped the cars off in Nice at the airport. We covered 5,000 km. Quite the trip.

Tonight we had the incredible opportunity to share a meal with Donatella Cinelli Colombini and @violante_gardini at their property in Tuscany. As a big Brunello fan it was amazing to hear how Donatella took over the family property and restored it into an award winning vineyard and hotel. We were very fortunate to be able to taste some incredibly special wines from their library and share lots of laughs throughout the evening. This was the first winery in Italy to be completely run by an all female staff. I love being able to meet people who's passion really shines through when they speak about their profession! A memorable night for sure. . . . #brunello #vineyard #winery #trequanda #italy #bmw #m5 #scarfonephotography #autostradaforum

So the cars don’t get returned to the Welt?

They can, but they also have a couple dozen drop-off points around Europe that you can leave them at before they’re shipped out to Canada.

Any highlights from the trip?

Driving through some of the small towns was fun. People would see the three cars together and start freaking out, especially in Germany on our way to Austria. They recognized them as German made and were pretty enthusiastic about them. Plenty of big smiles and thumbs up.

The food was also amazing. There’s this restaurant in Italy across the street from the Ferrari factory, called Ristorante Montana. It’s where all the Formula 1 drivers and Ferrari executives go to eat, and they’ve got some of the best pasta in the whole world. 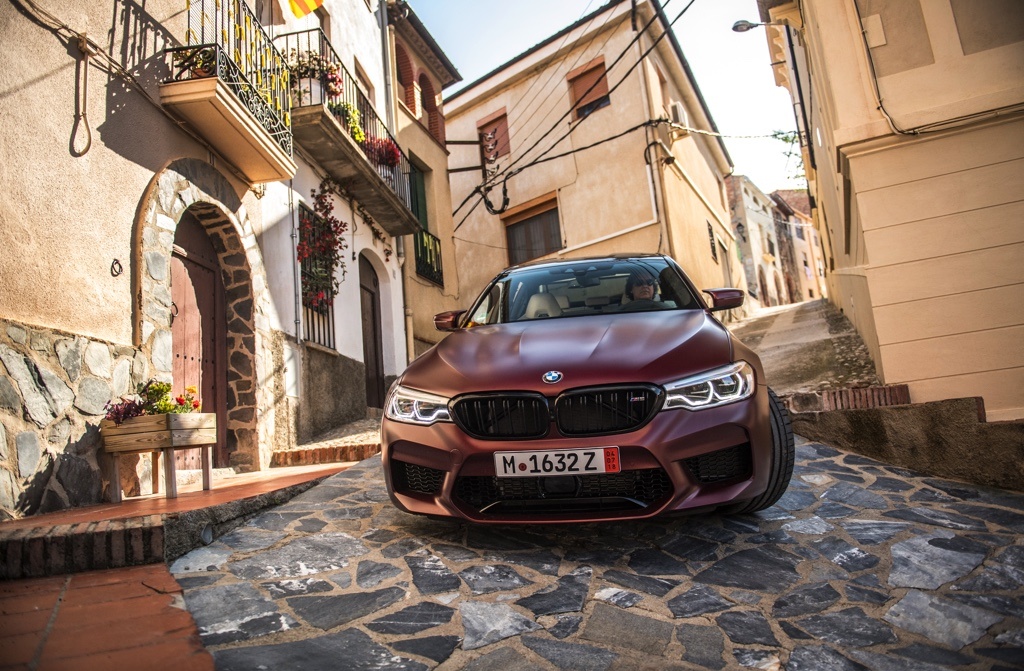 Sounds amazing. Thanks Lucas! Where can people follow your adventures?