Following the Concept X7 BMW unveiled last year at the Frankfurt Motor Show, this year’s Los Angeles Auto Show saw the public debut of the production-ready BMW X7, the new flagship of BMW’s X family. It is by far the biggest and most luxurious SUV the company has produced to date, and it’s aimed squarely at the Land Rover Discovery and the Mercedes GLS competition. It’ll hit Canadian showrooms sometime early 2019, possibly around March, but in anticipation of that, here’s everything you need to know about it. 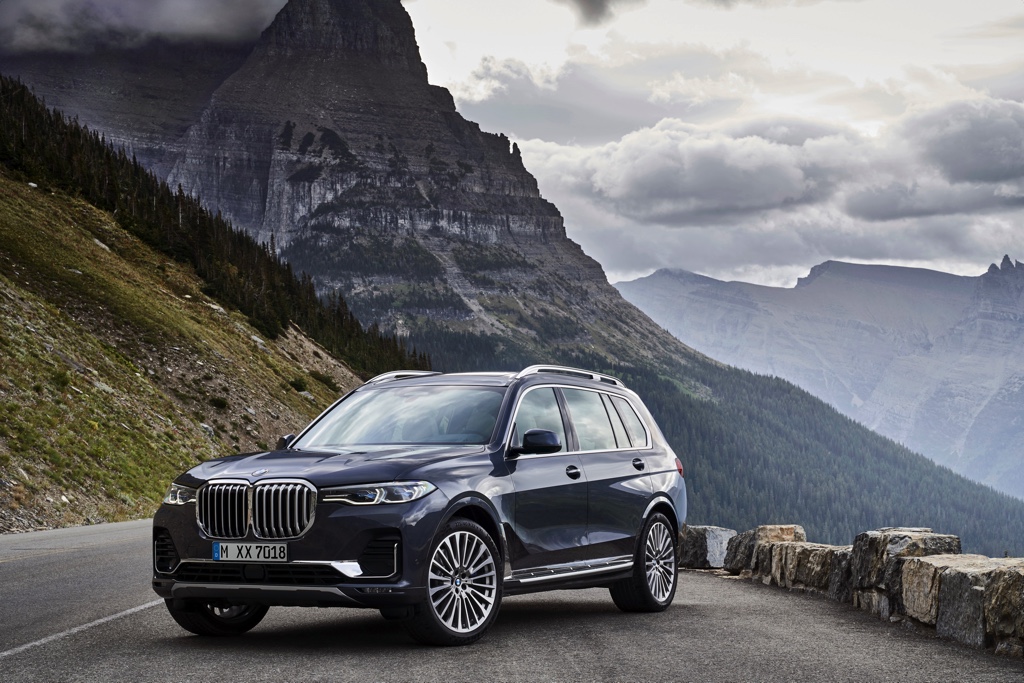 Design wise, it takes quite a few cues from its younger siblings, the X6 and the X5. The front end is garnished with BMW’s iconic large kidney grille, angular LED headlights (laser projectors are optional), and a heavily creased bonnet. The X7 is a large vehicle, but it’s proportioned so well it doesn’t look too bulky. It’s 230mm longer than the X5 and only 89mm shorter than BMW’s longest production car, the LWB 7-Series. 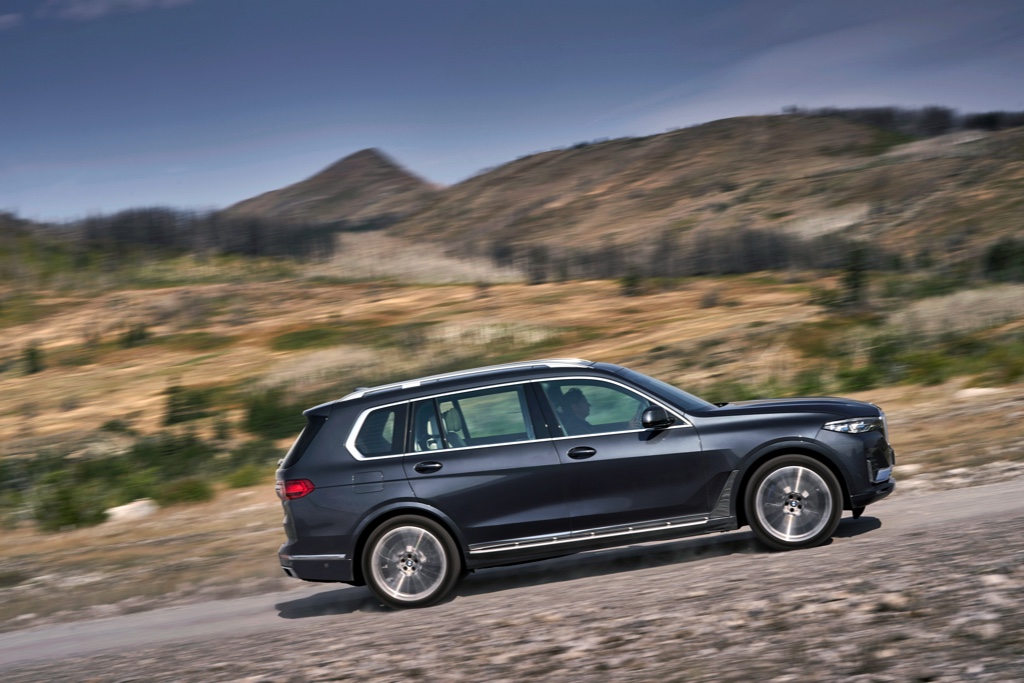 Inside, it’s business as usual. Premium materials, superb build quality, and an astonishing amount of technology onboard. Standard equipment on all X7s includes four-zone air conditioning, a unique three-piece sunroof, soft-close doors, and a park assistant feature. Captain chairs are optional for the second row of seats, but all three rows get electric adjustment. 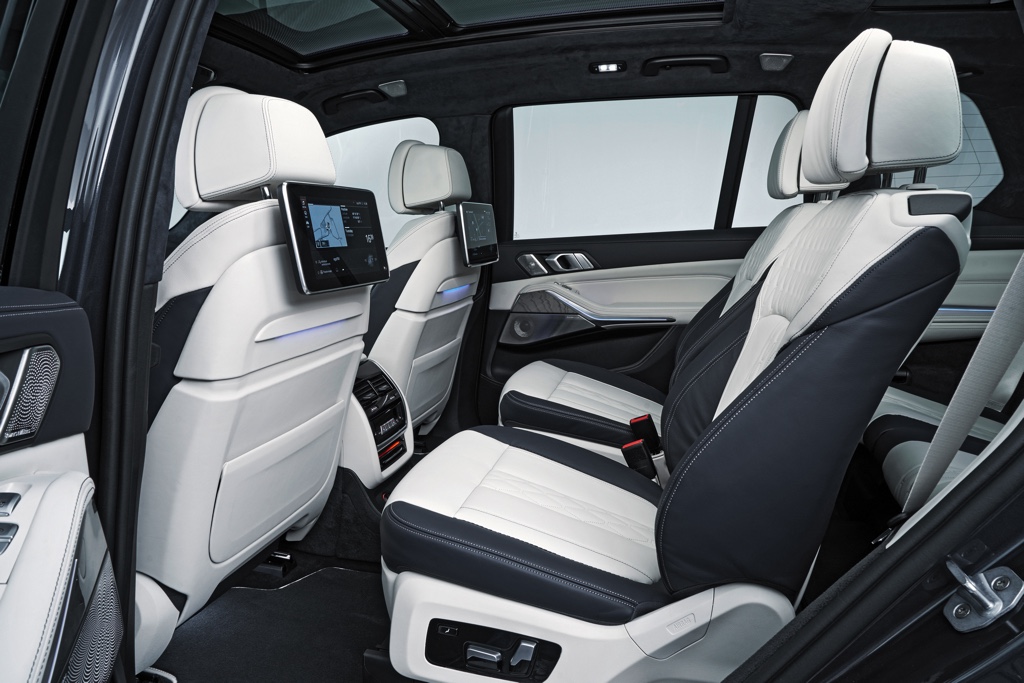 With all three rows in place the rear cargo area can fit 326 liters. Fold the third row and that figure rises to 740 liters. For maximum space you can even fold the second row with the standard electric mechanism for an unprecedented luggage capacity of 2,120 liters.

The X7 comes with a plethora of safety systems as standard, including but not limited to blind spot detection, rear/front collision warning, and lane departure warning.

From start, the X7 will be offered in two different variations with two different gasoline engines. The first is the xDrive40i with a turbocharged 3.0-litre straight-six producing 335 horsepower and 330 lb.-ft of torque. Power is fed to all four wheels via BMW’s intelligent xDrive four-wheel-drive system, which means a sprint to 100 km/h in just 6.1 seconds despite the X7’s relatively hefty weight. 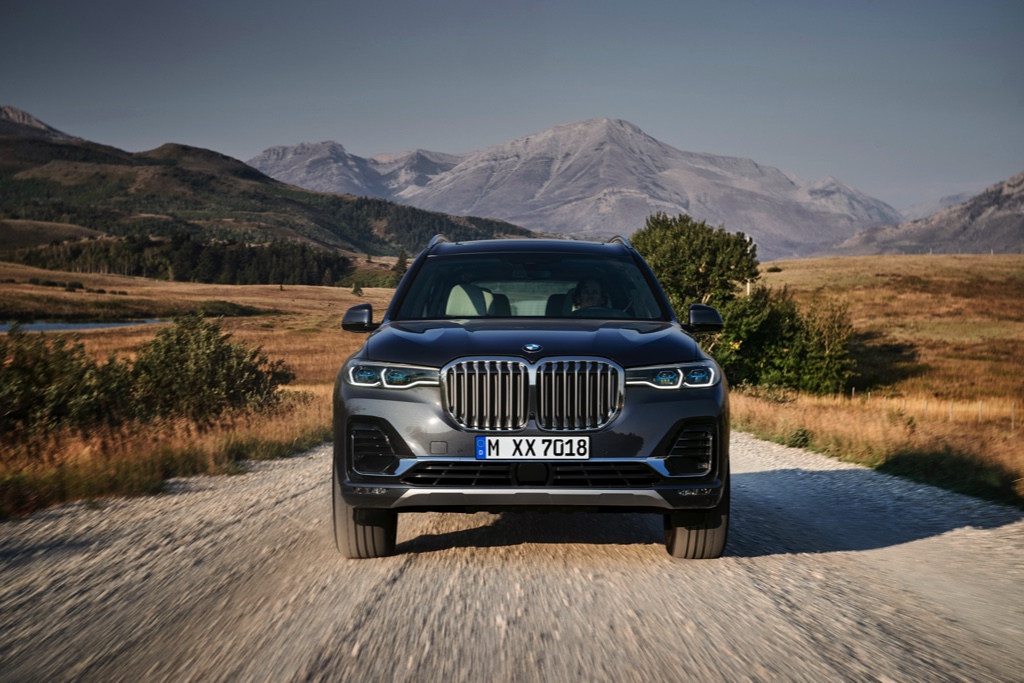 The flagship of the range, at least for the moment, is the xDrive50i that comes with BMW’s 4.4-litre twin-turbo V8 offering 456 horsepower and 479 lb.-ft of torque. With so much grunt the xDrive50i can blast to 100 km/h in just 5.4 seconds. That’s faster than most hot hatchbacks on the market and about as fast as the average performance sedan.

The new X7 is more than a one-trick pony, however. BMW has worked hard to make it every bit as enjoyable to drive as their performance sedans. It may be a large, tall, luxury SUV, but its driving dynamics far outclass those of the competition. Optional equipment includes Integral Active Steering, an electric anti-roll system and 21- or 22-inch wheels.

Interested in buying one or booking a test drive? Go ahead and give us a call, we’ll be more than happy to discuss and answer any question you might have. Over 1,500 X7s have already been pre-ordered. The 1,501st could be yours. 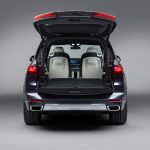 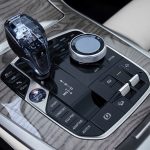 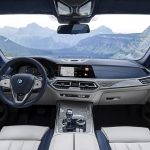 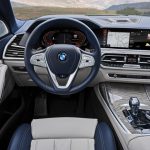 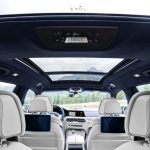 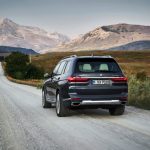 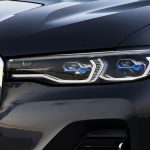 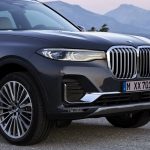 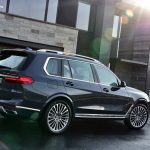 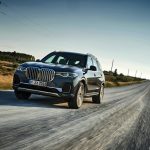